In a yet-to-open consignment shop in Montgomery, Alabama, there stands a broom that seems to defy the laws of gravity.

No, there isn’t any glue, and there are no magnets in the floor. As to something otherworldly going on, people will have to use their own judgment.

A local paranormal investigation group devoted hours looking into it:

Southern Paranormal Researchers spent several hours at the store Friday night and Saturday morning, leaving about 2 a.m., she said. The crew put teams in the store, its basement and the building next door, which houses Lucky Photography.”They told us they felt the presence of several spirits,” Christy Burdett said. “The lights flickered next door.”

She said one member of the group came out of the bathroom and wanted to know who had turned the lights off. “When she found out nobody did, she got a little upset,” Burdett said.

“The basement team thought they had some shadow movement,” he said. “Other members of the team just had the feeling of a creepy presence.”

But finally after hours of investigation, the head of the Southern Paranormal Researchers, Jake Bell, thinks he’s figured out the mystery:

“I just think it balances that way,” he said. 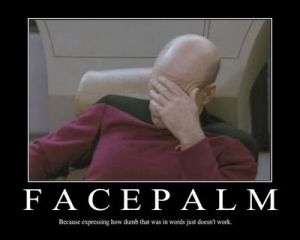 This entry was posted on Friday, August 28th, 2009 at 10:50 pm and is filed under Paranormal. You can follow any responses to this entry through the RSS 2.0 feed. You can leave a response, or trackback from your own site.

One Response to Magic broom in Alabama?