News From Around The Blogosphere 3.13.10

1. Anti-vaxxers vs. the U.S. legal system – I’d been saving this for a much longer piece I intend to write for The Gotham Skeptic this weekend but I felt it was necessary to at least mention it here. It seems that not only has the media turned on the anti-vaccine movement, but this week has been devastating to them in the courtroom. Last year, the best three cases of alleged autism due to vaccine-injury their lawyers could find had their days in court and lost miserably. Now the next three Autism Omnibus cases went before the court and. . .also lost miserably. Additionally, the contemptible Barbara Loe Fisher’s libel suit against Dr. Paul Offit, Amy Wallace, and Conde Nast was thrown out of court. It’s not a good day to be an anti-vaxxer.

2. Frying up Jesus – Jesus has finally returned. . .as bacon grease: 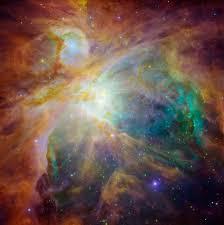 The chemical fingerprints of potentially life-building molecules have been detected in the Orion nebula by Europe’s Herschel Space Observatory.

The Orion nebula is a nearby stellar nursery, brimming with gas, dust and infant stars. It is known to be one of the most prolific chemical factories in space, although the full extent of its chemistry and the pathways for molecule formation are not well understood.

4. McLeroy failed to change the science textbooks but succeeded in changing the history books – Take note as this may be remembered as the day the new dark ages began:

After three days of turbulent meetings, the Texas Board of Education on Friday approved a social studies curriculum that will put a conservative stamp on history and economics textbooks, stressing the superiority of American capitalism, questioning the Founding Fathers’ commitment to a purely secular government and presenting Republican political philosophies in a more positive light.

The vote was 10 to 5 along party lines, with all the Republicans on the board voting for it.

“We are adding balance,” said Dr. Don McLeroy, the leader of the conservative faction on the board, after the vote. “History has already been skewed. Academia is skewed too far to the left.”

Yes, history is too liberal. Better change it.

Cynthia Dunbar, a lawyer from Richmond who is a strict constitutionalist and thinks the nation was founded on Christian beliefs, managed to cut Thomas Jefferson from a list of figures whose writings inspired revolutions in the late 18th century and 19th century, replacing him with St. Thomas Aquinas, John Calvin and William Blackstone. (Jefferson is not well liked among conservatives on the board because he coined the term “separation between church and state.”)

Yeah, who needs Thomas Jefferson anyway? It’s not like he did anything important in our nation’s history, right? This is an academic disgrace and I hope the school board is sued for violating the Constitution. . .unless of course there is no more constitution according to the new revisionist history.

5. Tom Cruise desperate to salvage his failing career – He seems to think that making light of his previous scandals will fix thing problem. Sorry Tom but there’s only one way to repair your reputation. Leave the cult.

This entry was posted on Saturday, March 13th, 2010 at 11:48 pm and is filed under Cults, Education, Evolution, News From Around The Blogosphere, Pareidolia, Religion and Public Policy. You can follow any responses to this entry through the RSS 2.0 feed. You can leave a response, or trackback from your own site.