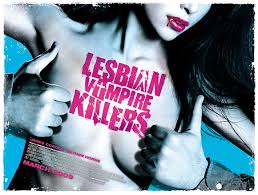 Gotta love that headline. In 1989, Tracy Wigginton killed a man. According to Lisa Ptachinski, her girlfriend at the time, Wigginton had vampiric tendencies and killed the man for the purpose of drinking his blood. She was only one of the four people accused to plea guilty and so there was no need for a trial.

On the night of the murder, Wigginton, Ptaschinski and two other women lured 47-year-old Edward Baldock to a park on the banks of the Brisbane River. There, Wigginton stabbed him 27 times, nearly severing his head

In 1991, Wigginton was given a life sentence with a minimum of 13 years. Since then four parole applications have been denied. And now after serving 20 years, she’s been denied parole again.I’d say she needs a minimum of seven more years so she’ll have served at least one year for every stabbing.

This entry was posted on Sunday, September 26th, 2010 at 11:14 pm and is filed under Weirdness. You can follow any responses to this entry through the RSS 2.0 feed. You can leave a response, or trackback from your own site.