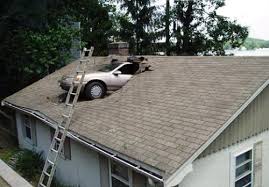 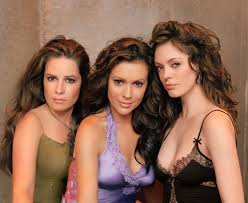 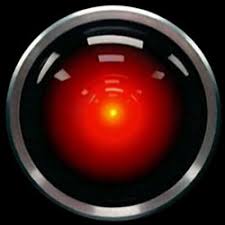 What book are Christians burning now?

The Amazing Grace Baptist Church in North Carolina has decided to organize an annual book burning around Halloween. So yes, they are celebrating Halloween, only in their own fascist, Nazi-like way. Among the many books they intend to burn is the Bible. I’m not joking:

Yes, apparently “God” didn’t write the Bible; he just cribbed off of thousands of older versions and decided to copy it all into his native language, English.

A Christian group in Wisconsin is actually suing for the right to engage in a public book burning to destroy copies of a book they consider to be “explicitly vulgar, racial [sic], and anti-Christian”:

The offending book is Francesca Lia Block’s Baby Be-Bop, a young adult novel in which a boy, struggling with his homosexuality, is beaten up by a homophobic gang. The complaint, which according to the American Library Association also demands $120,000 (£72,000) in compensatory damages for being exposed to the book in a display at West Bend Community Memorial Library, was lodged by four men from the Christian Civil Liberties Union.

First there was another group that just fought to move the book into the adult section of the library, which calls itself the West Bend Citizens for Safe Libraries. The Christian Civil Liberties Union, the West Bend Citizens for Safe Libraries–aren’t those exactly the kind of Orwellian names you’d expect pro-fascist, anti-free speech organizations to call themselves?

Their charging that the book’s physical presence in their local library caused them mental and emotional distress and that its alleged derogatory language “put one’s life in possible jeopardy, adults and children alike.” Wow! That must be some book to actually put lives in jeopardy. And since this book has been around for 15 years now, I would love to hear about all the lives who were destroyed by its mere existence.

The first group, the West Bend Citizens for Safe Libraries, claims they wish. . .

“. . .to protect children from accessing them without their parents’ knowledge and supervision.”

The old “protect them from themselves” gambit–a fascist classic. Fortunately, the library committee stuck to their guns by keeping the books in the young adult section. That’s when the other group decided they wanted to burn the books.

One of the “derogatory” words they object to ironically is the use of the word “faggot,” which they claim is derogatory to all males. Now I agree that even I find the word “faggot” when used in the derogatory sense to be offensive even though I’m not gay, however, their intended burning of this particular book is  a greater offense. I find book burning a thousand times more offensive. And given that this is apparently a pro-gay book, I’m fairly certain that those who find the word most offensive have no serious objection to its use in this book. The book also uses the word, “nigger,” which of course incited many a fascist to burn copies of Huck Finn.

Now I haven’t read the book and I don’t know how these words are used (though regardless of how they’re used, it doesn’t justify burning the books), but I’m fairly confident that the “derogatory” language argument is no more than an tactic or an excuse to justify their public burning of a book that they simply don’t like because presents homosexuality in a positive light. Further, as with so many similar cases, the context of how the offending words is used is not discussed at all, and context is everything. For instance, this very blog entry uses both the words “faggot” and “nigger.” However, at no time will you find me use these words in a derogatory manner. Presumably, we’re all adults here. And rational thinking adults can use these words in an intellectual discussion about the words themselves without having to resort to childishly referring to them as “The other F word” or “The N word.” Context is key. Was the author of the book actually using these words for the purpose of disparaging and margionalizing a minority group or was the other using those words in order to promote a message of tolerance for such groups? My guess is that it’s probably the latter.

Bible burning: I called it!

Two weeks ago, I blogged about the very poor decision on our military’s part to respond to the exposing of Christian proselytizing in Afghanistan by burning the Bibles that were sent to one soldier by his church back home. I responded by saying that as incredibly stupid as it was for Christian proselytizing to be going on in the first place, the response is almost equally bad. I continued by saying:

First of all, I fail to see how that is helpful. If anything, it’s just going to lead to a backlash of conservative media personalities like Bill O-Reilly using this as an example of liberals going too far, yada, yada, yada. And second of all, the Bibles didn’t do anything wrong; they’re inanimate objects. It’s the soldier who need to be punished. If there is no official policy, I think there should be:  The United States of America DOES NOT BURN BOOKS!

Well guess what happened. Yup, surprise, surprise. The Bible burning has led to at least partially legitimate criticism by the Christians back home.

“There was no need to burn the Bibles. They could have been shipped back.”

And the excuse the military gave for why they couldn’t just send them back was so lame, that the church that sent them originally would just send them to another organization. Well then why not simply confiscate the Bibles as contraband? It’s a perfectly legitimate charge and prevents the same Bibles from getting re-shipped to Afghanistan.

And why not charge a hefty fine to the church for promoting illegal religious proselytizing in the armed forces, because of course burning the Bibles doesn’t prevent the same church from sending another bunch of new Bibles to Afghanistan whereas a hefty fine might discourage such actions?

This was just an epic failure on the part of the U.S. military and will, as I said before, give ammunition to Christian fundamentalists playing the persecution card.

To burn or not to burn?

Yesterday, I blogged about the news that came out of Al Jazeera about U.S. soldiers violating their Code of Conduct by trying to convert Afghans to Christianity (and making us more enemies in the process). And as disturbing as that story was, the military response has been to commit another outrage. They’re actually destroying the Bibles belonging to an American soldier.

Reuters quotes Maj. Jennifer Willis at the Bagram Air Base, north of Kabul, who said “I can now confirm that the Bibles shown on Al Jazeera’s clip were, in fact, collected by the chaplains and later destroyed. They were never distributed.”

According to the military officials, the Bibles were sent through private mail to an evangelical Christian soldier by his church back home. Reuters says the soldier brought them to the Bible study class where they were filmed.

First of all, I fail to see how that is helpful. If anything, it’s just going to lead to a backlash of conservative media personalities like Bill O-Reilly using this as an example of liberals going too far, yada, yada, yada. And second of all, the Bibles didn’t do anything wrong; they’re inanimate objects. It’s the soldier who need to be punished. If there is no official policy, I think there should be:  The United States of America DOES NOT BURN BOOKS!

You know, I could have sworn I’d included this video in a previous blog but I can’t seem to find it anywhere. Somehow I managed to never get around to it. But oh man is it worth watching, particularly beginning at the 4:42 mark, where you can actually see the moment conspiracy rants  transform into mass hysteria 1 step away from a mob of angry villagers with pitch forks: