There’s so much stupid in this clip, it makes my head hurt.

News From Around The Blogosphere 10.3.10

1. The History of Vaccines Blog has gone live – It features a wealth of information in the form of images, text, and video from the Historical Medical Library, Mütter Museum of The College of Physicians of Philadelphia, and from many other public and private sources.

2. Can man fix god’s cruel mistakes with genetic modified trees? – To all those naysayers of genetically modified organizations, seriously go fuck yourselves.  Not only do GMOs mean saving millions of people from starvation, but now new research suggests genetically modified trees and plants may absorb several billion tons of carbon from the atmosphere each year and thus, in the process, reduce man’s effect on climate change. That’s BILLIONS with a B. There’s nothing wrong with “organic” but science has repeatedly demonstrated that man is much better at playing god than any gods man ever invented.

3. Are the autism omnibus trials as good as dead? – All the data presented to support either of the vaccine/autism hypotheses have proven completely unpersuasive in the vaccine courts, which operate with a lower standard of evidence required in other civil courts that deal with medical malpractice. And even those courts operate under a lower standard of evidence for scientific claims than in the court of science itself. Furthermore, the omnibus lawyers were denied in the appeals process. So it seems that the autism omnibus plaintiffs don’t have anywhere else to go. 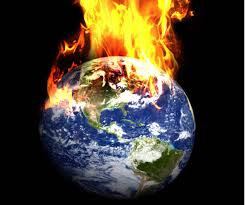 Now Bill, if you can just apply the same argument to medicine

Maher knocks it out of the park in this clip. I just find it mind-boggling that Maher has thus far been unable to apply the precise reasoning he shows here with regards to climate change to the field of medicine, which Maher insists he has a greater understanding of than virtually every medical professional on the planet.