News From Around The Blogosphere 11.9.10

“The Large Hadron Collider has successfully created a “mini-Big Bang” by smashing together lead ions instead of protons.”

2. Spain’s LGBT community prepare to welcome Pope with kiss-in – Organisers are using Facebook to grow a  ‘queer kissing flashmob’ intended to congregate in front of Barcelona’s cathedral on Sunday:

“No placards, no flags, no shouting and no slogans. Only kissing allowed,” the Facebook page reads. 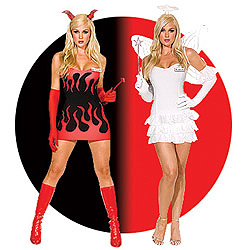 3. Liberty Counsel announces its 8th annual “Naughty & Nice list” – This is the Christian group that tries to discourage people from shopping at those evil stores that have the audacity to use “Happy Holidays” instead of “Merry Christmas” in their advertising. Here’s the official list. I plan on shopping only at the “naughty” stores and passing on the “nice” ones. 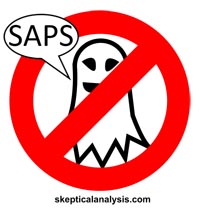 4. Skeptics in India launch their own paranormal challenge – Inspired by the James Randi Educational Foundation’s Million Dollar Paranormal Challenge, skeptics in India are offering 50 Lakh rupees (about $112,000) to anyone who can definitively prove under proper scientific conditions that ghosts exist.

5. American Atheists puts up their first billboard and it’s going to be in NYC – The billboard is going up near the Lincoln Tunnel on the NYC side on November 23rd and will remain there for one month. I’m not all that crazy about it as I’d rather we dropped the whole holiday season schtick and addressed something of more substance, but I don’t hate it either. Here’s what it will look like:

that there’s a haunted house exhibiting paranormal activity in west Bohemia that has “the experts” scratching their heads. Gee gang, looks like we got another mystery on our hands. Of course, by experts, the article means experts in psychotronics, a seemingly made up scientific discipline:

Experts in psychotronics call such unexplainable occurrences “poltergeist,” a ghost that manifests itself by moving and influencing objects in a particular location.

Now this is going to sound crazy but hear me out here.

What if the small fires were started by…

And the poltergeists would have gotten away with it if it weren’t for those meddling kids and their dumb dog!

Michael Jackson’s ghost is  stealing the spotlight from:

Janet Jackson has just announced that she will be interviewed on ABC News on Nov. 18, where she will discuss the death of her brother, Michael. Unfortunately for Janet, she has been usurped by her deceased sibling, who is set to “appear” live on British television this Friday (Nov. 6) in a broadcast of a séance that will attempt to summon his spirit.

Michael Jackson: The Live Séance will be shown on Sky1 in the U.K., and the hour-long show promises to give fans a chance “to connect with their hero one last time.” According to Sky1 publicist Kirsty Howell, British psychic Derek Acorah will attempt to capitalize on Michael’s death…or, as she puts it, contact Michael’s spirit, “on an island … in a secret location familiar to Jackson.”

Oh, the idiocy! But wait. I’m confused. If Michael Jackson isn’t going anywhere, how can they promise it’ll be the “last time” fans will have a chance to communicate with him. Michael Jackson is sending me a message right now in fact and he says that’s just a cheap marketing ploy. I agree, MJ. What’s that, MJ? You don’t expect the “psychic” to say anything that isn’t either already out there in the public domain about you or any new information that is falsifiable? I think you’re right. Your lucky numbers are 4, 8, 15, 16, 23, and 42.

In a yet-to-open consignment shop in Montgomery, Alabama, there stands a broom that seems to defy the laws of gravity.

No, there isn’t any glue, and there are no magnets in the floor. As to something otherworldly going on, people will have to use their own judgment.

A local paranormal investigation group devoted hours looking into it:

Southern Paranormal Researchers spent several hours at the store Friday night and Saturday morning, leaving about 2 a.m., she said. The crew put teams in the store, its basement and the building next door, which houses Lucky Photography.”They told us they felt the presence of several spirits,” Christy Burdett said. “The lights flickered next door.”

She said one member of the group came out of the bathroom and wanted to know who had turned the lights off. “When she found out nobody did, she got a little upset,” Burdett said.

“The basement team thought they had some shadow movement,” he said. “Other members of the team just had the feeling of a creepy presence.”

But finally after hours of investigation, the head of the Southern Paranormal Researchers, Jake Bell, thinks he’s figured out the mystery:

“I just think it balances that way,” he said.

Trailer for ‘The Skeptic’

Ugh! This looks godawful. And that’s before considering the casting of Tom Arnold. Funny how this film about a paranormal investigator bares no resemblance whatsoever to anything real life leading paranormal investigator Joe Nickell has ever experienced when investigating an alleged haunted house. To learn how the reality differs from fiction, I recommend the interview Joe Nickell did for the Point of Inquiry podcast about how his profession is portrayed in Hollywood movies.

more about “Trailer for ‘The Skeptic’“, posted with vodpod

But the family that lives in the  house the film is said to be based on are being haunted by something a lot scarier than fairytale spectres, credulous ghost enthusiasts eager to spot a ghost. And it doesn’t seem to matter to them that the family living in the house has never encountered any paranormal phenomena because, of course, they’re not delusional.

“It’s just been really, really stressful,” said Susan Trotta-Smith, who bought the home 10 years ago with her husband. “It’s been a total change from a very quiet house in a very quiet neighborhood to looking out the window and seeing cars stopping all the time. It’s been very, very stressful, and sometimes worrisome.”

The family has never seen anything unusual inside their five-bedroom, two-family white wood-frame house and does not believe the property was haunted.

The original account of ghosts comes from the family that lived in the house in the 1980’s.

The residents at the time, the Snedeker family, claimed their son would hear strange noises in his basement bedroom, which once held casket displays and was near the old embalming room. He also claimed to see shadows on the wall of people who were not there. A niece visiting the home said she felt hands on her body as she tried to sleep, and her covers levitated.

The family brought in Ed and Lorraine Warren, self-described paranormal researchers, who became famous for documenting the alleged “Amityville Horror” haunting of a home on Long Island.

Lorraine Warren says she felt an evil presence in the Southington home and experienced the haunting herself when she spent a night there.

Ah yes, it wouldn’t be a haunting without the grandparents of ghostly woo themselves, Ed and Lorraine Warren. These 2 con artis–err, I mean paranormal investigators are almost single-handedly responsible for all the modern day ghost hunters.

For more information on the Warrens, check out episode #59 of The Skeptics’ Guide To The Universe podcast.

Ghost encounter while filming pilot of The Skeptologists?

Skeptologist Ryan Johnson has some interesting footage that isn’t being included in The Skeptologist pilot episode:

As part of the continuing adventures of the Cast and Crew of The Skeptologists, I would like to share with you a bit of rough-edited never-before seen footage. This was shot during the Pilot of The Skeptologists and for reasons you will soon understand, it was never included in the final version of the pilot. I found the event interesting and it solidified my thoughts about how people interpret events based on their own predispositions.

Haunted hospital calls in exorcist – Am I the only one frightened by the thought that a hospital, a place where people rely on the most modern science to save lives every day, could be full of staff members with such primitive superstitions as fear of ghosts and exorcisms? Okay, good. I’m not the only one.

Seriously, this is one hospital I will never, ever visit. Not because I’m afraid the scary ghosts will come out from under my bed and get me but because I’m terrified of being operated on by doctors who actually think an exorcist has magical powers to remove demons. I think Steve Novella says it best:

Consider the possibility that perhaps you are dealing with a psychological and not paranormal phenomenon. Chances are it is witless belief that is driving these sightings, not the sightings that are driving people witless.

Orac’s blog Respectful Insolence nominated again for Medical Blog Awards – Please vote for it. I can’t express enough how great this blog is. Orac has been one the most important critics of anti-vaccination quackery and more people should know what he has to say. Plus, when I co-founded Stop Jenny McCarthy a few months ago, he supported me (Note: unfortunately, since that blog entry, our URL changed to just http://www.stopjenny.com, which is why his link doesn’t work). The blog Science-Based Medicine, which he also writes for along with Steve Novella, Val Jones, and other awesome bloggers is nominated as well. As is Val Jones’ regular blog, Better Health.

And another of my favorite science bloggers, Phil Plait, gets a favorable book review from the Washington Post. 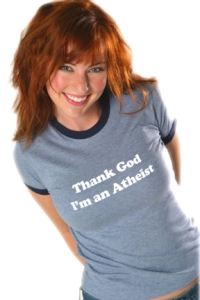 Conservapedia reveals atheism has many causes though they don’t reveal the cure – Though I think the real cause of atheism is The Bible. I mean have you ever sat down and actually read the thing? How could you not become an atheist after that?

The Gideon Bible reaches the Big 100 – Yup, it’s been a whole 100 hundred years since a bunch of giant douches came up with the idea to populate almost all the hotels in America with Gideon Bibles.

It’s a ghost! An Irish Ghost! – Everyone hide your Guiness!

How to bend a spoon with just your mind –

Einstein’s Relativity: Fundamental Abnormality? – “Physicists at Indiana University have developed a promising new way to identify a possible abnormality in a fundamental building block of Einstein’s theory of relativity known as “Lorentz invariance.” If confirmed, the abnormality would disprove the basic tenet that the laws of physics remain the same for any two objects traveling at a constant speed or rotated relative to one another.”

In the future, vaccines will turn kids into brats