‘Politichicks’ – proof of a right-wing conspiracy against the right-wing

Have you seen this new talk show, Politichicks? It’s apparently right-wing America’s answer to The View, which already had several right-wingers. This new show doesn’t bother having another opinion on it; just four ultra-conservative gals, including tragic brain-damage victim Victoria Jackson, talking smack about them damned, dirty homosexuals, Muslims, and liberals who’ve persecuted them, preventing them from having their own unoriginal talk shows where they can bitch about how much they’re forbidden from bitching about stuff.

And holy shit is it both endlessly entertaining…and informative! Did you know that every terrorist that ever lived was a Muslim? Timothy McVeigh? Muslim. Guy Fawkes? Muslim. Carlos The Jackel? Muslim. Samuel Adams? Muslim. Hans Gruber? Muslim. Yup. Every terrorist ever was Muslim. It’s not even possible to be a terrorist unless you’re Muslim. You learn that and many other equally amazing facts on Politichicks:

Wow! Just wow! You’ve got to be shitting me! C’mon, this is a Poe, right? It’s GOT to be! These “chicks” hate Islam more than Salmon Rushdie and Ayaan Hirsi Ali combined and for reasons not nearly as reasonable. Far be it from me to defend Islam, but my criticisms of Islam at least pertain to actual aspects of Islam. Victoria Jackson and company don’t even seem to know the first thing about it. And the few almost halfway legitimate reasons they cite are criticisms that can just as easily be applied to Christianity, the very definition of a death-worshiping religion. The whole thing is one big celebration of human sacrifice and Christians often carry the instrument of that sacrifice around their necks as a symbol of that sacrifice.

But maybe I shouldn’t bother criticizing this show since the biggest victims here are conservatives themselves who should find it and Victoria Jackson’s child-like mind (at one point, she actually repeats an expression her dad taught her ala Adam Sandler’s character in Waterboy) to be a complete embarrassment to all that they stand for. I know for a fact that there are right-wing conservatives far smarter and more coherent than these simpletons. This is beyond pathetic and so, as a mostly liberal progressive, I hope this show lasts longer than Saturday Night Live. May everything that’s fundamentally wrong with right-wing America continue to be represented by nitwits like Victoria Jackson:

PS: Yes, I know that Hans Gruber wasn’t technically a terrorist but more of a high tech thief under the guise of a terrorist but I couldn’t think of the name of any good movie terrorists, so sue me.

And for more images created for this day, check out the DrawMoDay2011 flickr page here.

See Catholics! This is how it's done. If you make fucking children legal first, no scandal.

In an interview with Al-Watan newspaper, the Mazoun said that he was warned by his father-in-law not to touch the bride for a year. However, the Mazoun’s mother insisted to consummate the marriage.

The Mazoun was shocked by her fragility. He said, “When my mother insisted I consummate my marriage, I had to summon up the courage for two weeks before I was able to have sex with her.”

The young wife has just finished her sixth grade and the Mazoun has proudly claimed that she has become a better housewife than a university graduate.

Child marriage is very common in Muslim countries. The prophet of Islam married Ayesha when she was six years old and had intercourse with her when she was nine years old.

Lovely. It’s really sad that Muslims are still too ashamed to admit that they and their prophet Mohammed have tiny penises and are terrible in the bedroom. C’mon guy. The desire for virgins and children with no sexual experience? You’re not fooling anyone.

News From Around The Blogosphere 10.4.10 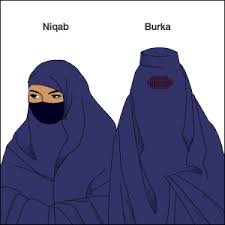 Moderate followers of Islam said yesterday that enforcement of the veil was a “dangerous precedent” and that children attending such schools were being “brainwashed”.

2. One word:  jetpack – Forget plastics. After decades of being denied the flying car and robot butlers, the commercially available jetpack may finally soon be here.

3. Nothing like sex under the influence of placebos – A small study of 50 women suggested that when given a placebo instead of tadalafil (which incidentally is an erectile dysfunction drug–shh, don’t tell them), many women said their sex lives significantly improved.

The women, ages 35 to 55 and all premenopausal, had all been diagnosed with female sexual arousal disorder. But after a few weeks on the placebo, the women as a group reported less distress and more fun in their sex lives.

News From Around The Blogosphere 9.18.10

3. David Silverman to be president of American Atheists – I’ve briefly met Silverman twice. Once last year at a Jolly 13 Club gathering and again a few months again at another big gathering of many skeptically themed groups at the same location that also happened to be on Silverman’s birthday. I have no idea how well he’ll do, but I wish him the best of luck. He takes over from Ed Buckner next week.

4. Burqas and niqabs banned from public spaces in France in 246-1 decision – To be fair, the Senate did have about 100 abstentions but still, it’s quite clear the French no likey the burqa. I remain still very undecided on this issue because on the one hand, I support free expression and oppose government telling people what they can’t wear but on the other hand, the burqa is an evil tool that’s been used to oppress Islamic women for a very long time. And as much as they claim to want to wear it, it’s only because they’ve been so indoctrinated as to embrace their own servitude. Now it can be argued that our culture is just the opposite, where women are pressured to wear less clothing. However, the cultural pressures are entirely different in the Western world and not nearly as dominant. As Richard Dawkins said when an imam commented about how we dress our women, “They dress themselves!”

5. IHOP sues religious fruitcakes – The Internation House of Pancakes (IHOP) is suing a Christian group calling themselves the International House of Prayer (IHOP) over illegal appropriating the brands famous acronym. After that trial is over, then maybe they can sue Steve Jobs. 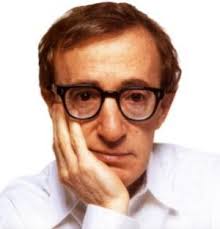 6. Woody Allen comes out as an atheist…again – I don’t know why it came to a surprise to the NY Times that Allen was an atheist since this is hardly news but it was great to read Allen criticize both religion and psychics are nonsense.

7. Salman Rushie defends the “Mosque” “at Ground Zero” – If even a man who’s been on the run from a fatwa for many years has to defend Muslims, it really shows what a manufactured controversy this is. 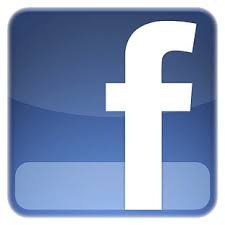 8. Saudi woman killed for using Facebook – The woman’s own father murdered her.

The unnamed woman from Riyadh was beaten and shot after she was discovered in the middle of an online conversation with a man, the al-Arabiya website reported.

The case was reported on a Saudi Arabian news site as an example of the “strife” the social networking site is causing in the Islamic nation.

Saudi preacher Ali al-Maliki has emerged as the leading critic of Facebook, claiming the network is corrupting the youth of the nation.

“Facebook is a door to lust and young women and men are spending more on their mobile phones and the Internet than they are spending on food,” he said

Damn you Facebook! Wouldn’t it be ironic if with all our troops in the Middle East, if Facebook ended up being the thing that forces the region to join the civilized world?

Great response to the “mosque” “at Ground Zero” controversy

I’m typically a fan of YouTube comedian Pat Condell, who notorious for his harsh rants against religion, particularly Islam. But lately, he’s been kinda off…off his rocker. The typically witty Brit has made several videos criticizing the alleged “mosque” “at Ground Zero” that as a matter of fact is not really a mosque and not really at Ground Zero. These videos are built on loads of right-wing misinformation and talking points that have been thoroughly refuted at this point and quite frankly come across as anti-freedom.

But while Condell has disappointed me of late, another YouTube atheist whom I typically dislike, The Amazing Atheist, has made a fantastic response video. It’s so good I’ve decided to share it. Let it never be said that atheists don’t defend the rights of the religious when they really are being challenged.

The religion of peace?

I came across two stories today that illustrate how wonderful and sane Islam is. The first is about an Afghan prison that houses women convicted of the horrible crime of showing “bad character.” This story is only about 2 weeks old so, yeah, your taxes are probably keeping that prison protested.

And the other story showing what a wonderful religion Islam is concerns Ismail Mohamed Didi, a 25 year-old air traffic controller at Male International Airport in the Maldives who was first investigated by his employers for apostasy and then later found hanged from the airport’s control tower.

The death of Ismail Mohamed Didi, a 25 year-old air traffic controller, prompted deep concern on the Islamic website Raajjeislam which  reported that Ismail “was a person inclined to atheism” and had:

Declared his atheism to his friends.