News From Around The Blogosphere 2.1.10

1. $7000 talking sex robot – I’ve blogged before about Roxxxy, the world’s most sophisticated talking female sex robot. Now CNN’s talking about it (her?):

Powered by a computer under her soft silicone “skin,” she employs voice-recognition and speech-synthesis software to answer questions and carry on conversations. She even comes loaded with five distinct “personalities,” from Frigid Farrah to Wild Wendy, that can be programmed to suit customers’ preferences.

We knew this day was coming and now that time seems to have arrived when we can build robotic women who can converse and fake orgasms.

Council spokeswoman Mary Glaisyer admitted publicly that “there´s not one molecule of the original substance remaining” in the diluted remedies that form the basis of this multi-million-dollar industry. 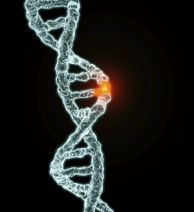 3. Medical researchers working on a pill to treat Fragile X –

Chances are you’ve never heard of the target — Fragile X syndrome — even though it’s the most common inherited form of intellectual impairment, estimated to affect almost 100,000 Americans. It’s also the most common cause of autism yet identified, as about a third of Fragile X-affected boys have autism.

Now a handful of drug makers are working to develop the first treatment for Fragile X, spurred by brain research that is making specialists rethink how they approach developmental disorders.

“We are moving into a new age of reversing intellectual disabilities,” predicts Dr. Randi Hagerman, who directs the MIND Institute at the University of California, Davis, a study site.

This is exactly the kind of research that will one day defeat autism but from which ideologues like J.B. Handley of Generation Rescue have publicly called a waste of money because they’re obsessed with fruitless vaccine research. Autism is a genetic disorder and our be hope of treating it besides behavior therapies is manipulating the genes.

In 1951, a scientist at Johns Hopkins Hospital in Baltimore, Maryland, created the first immortal human cell line with a tissue sample taken from a young black woman with cervical cancer. Those cells, called HeLa cells, quickly became invaluable to medical research—though their donor remained a mystery for decades. In her new book, The Immortal Life of Henrietta Lacks, journalist Rebecca Skloot tracks down the story of the source of the amazing HeLa cells, Henrietta Lacks, and documents the cell line’s impact on both modern medicine and the Lacks family.

Henrietta’s cells were the first immortal human cells ever grown in culture. They were essential to developing the polio vaccine. They went up in the first space missions to see what would happen to cells in zero gravity. Many scientific landmarks since then have used her cells, including cloning, gene mapping and in vitro fertilization.

5. Christians literally claim monopoly on aid in Haiti – Now while that might sound like a good thing, according to a voodoo priest, believers are being discriminated against in their efforts to help and deliberately prevented from getting much-needed aid to followers of their religion:

6. Point of Inquiry podcast gets new hosts – Now that D.J. Grothe is leaving the Center For Inquiry (CFI) to take on his new role as president of the James Randi Educational Foundation, he will no longer be hosting the CFI’s weekly podcast series Point of Inquiry. And now his replacement hosts have been announced:  Chris Mooney, Karen Stollznow and Robert Price. For the most part, these are all strong picks. Of course, regular readers may guess that the one person I’m iffy on is Chris Mooney. While I do continue to read and enjoy his blog, The Intersection, one issue that I strongly disagree with him on is his condemnation of so-called “New Atheism” or “militant atheism” as well as his insistence that science and religion can peacefully coexist.  And for this reason, he seems like an unlikely choice to represent the Center For Inquiry, whose secular goals often coincide with that of the more aggressive atheists. Though maybe I’m wrong and his perspective will ultimately just foster more challenging discussions. I hope all three the best of luck.