News From Around The Blogosphere 3.7.11

“In this species, it is the female who has partial or complete control of mating,” explained Klimov, an associate research scientist at the University of Michigan Museum of Zoology. “This is in contrast to the present-day reproductive behavior of many mite species where almost all aspects of copulation are controlled by males.”

I think that settles it for me. When I die, I insist that I’m preserved forever in amber during sex. 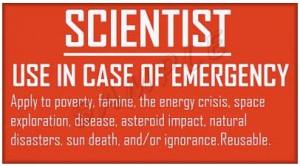 2. Nano vaccines in our future –

MIT engineers have designed a new type of nanoparticle that could safely and effectively deliver vaccines for diseases such as HIV and malaria.

Once again, science delivers the goods. 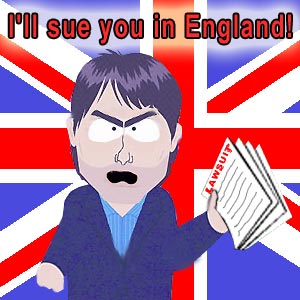 3. Lawsuit claims Scientology violated child labor and wage laws – If you haven’t yet read the recent 30-page New Yorker expose on Scientology, you owe it to yourself to take the time to do so. It is almost certainly the single most damning piece of literature compiled on the cult and every word of it is backed by a copious amount of evidence. I truly believe that nobody can read that article and still choose to join Scientology. According to that article, there is a federal investigation into possible human trafficking charges, relating to accusations of child labor and nearly non-existent wages for adult labor.

Now two lawsuits have been filed by former Scientologist Daniel Montalvo, who “contends his parents, who remain in the Sea Org, neglected him and breached their duty to protect him from harm by ceding his care to the church.” And like with every former member/critic, church Spokesmen Tommy Davis is retaliating with sudden criminal accusations against Montalvo that the church remarkably never mentioned to anyone until just now when he sued them first. What a coinkidink! Given all the former members that Davis and past spokesmen (who incidentally are now also harsh critics of the cult) have accused of serious and often violent crimes, I’m left to wonder if everyone in Scientology is a violent thug.

News From Around The Blogosphere 2.11.11

1. Jerusalem UFO video exposed as fake – Okay, so the video looked pretty poor to begin with, giving us nothing but a tiny moving ball of light but it’s still fun to apply more analysis to it anyway. Steven Novella had already done a great critical analysis of the video here where he observed that the video largely consists of a still image with added effects to create the illusion of shaky-cam video footage, but now Phil Plait has found a video posted on YouTube that actually exposes the specific digital editing tricks used to create the illusion of a shaky camera. Unlike other alleged UFO videos, there’s no ambiguity here. This video is a deliberate fake and its been busted cold.

2. Creepy head-mask to punish ‘rude, clamorous” women – Okay, I just thought this story was really cool. This mask was used between 1550 and 1800 to punish women considered to be spending too much time gossiping or quarrelling. When wearing the mask, it’s impossible to speak. Some of these masks, like the one pictured, even had a bell on them to add to the wearer’s humiliation.

3. Robots to get their own internet – European scientists are working on a network that would allow robots to share and store what they discover about the world:

Called RoboEarth it will be a place that robots can upload data to when they master a task, and ask for help in carrying out new ones.

Researchers behind it hope it will allow robots to come into service more quickly, armed with a growing library of knowledge about their human masters.

4. Scientology continues to have a terrible week – I already briefly wrote about the incredible, super-long New Yorker piece by Lawrence Wright on Scientology apostate Paul Haggis, which mentioned that the cult is currently under an FBI investigation for human trafficking. But there are so many highlights to the piece. After finally managing to read the whole article, I got to where Wright talks about fact-checking L. Ron Hubbard’s claim that he was injured during military service and was miraculously healed by the methods now practiced as part of Scientology. After Scientology Spokesman Tommy Davis gave the New Yorker thousands of pages of documents and allegedly admitted that if this Hubbard story didn’t check out, it’d mean all of Scientology was a fraud, Wright and his New Yorker fact-checkers went through the pain-staking process of getting military archivists who are experts in such documents. Those experts concluded that the documents were false, that there was no record of Hubbard’s injuries or of the officer who allegedly signed some of the documents, and that the documents lied about his education and the metals he’d received. Now the New Yorker has even put up a copy of at least one of the documents to show readers precisely how we know it’s a forgery.  Wright has also been turning up on various radio shows to discuss his findings (here and here). It just keeps getting worse for Scientology and they can’t seem to catch a break.