News From Around The Blogosphere 1.23.10

3. The other day I posted this clip of William Shatner asking “psychic” John Edward some great hardball questions:

Well I didn’t see this clip from the end of the show that seems to further suggest that you can’t fool Captain Kirk:

4. John Travolta & other $cientology vampires feed off Haiti disaster victims – I probably shouldn’t be surprised. After 9/11, Tom Cruise showed up to get the cult free publicity by giving the FDNY bogus “detox” treatments and the $cientologists showed up after Virginia Tech in the wake of that atrocity. They really have no shame.

5. Vanity Fair visits the Creation “Museum” – And they brought Paul Bettany, the atheist actor who portrays Charles Darwin in the new film “Creation” with them to take photos. My favorite part of the article was this:

The Creation Museum isn’t really a museum at all. It’s an argument. It’s not even an argument. It’s the ammunition for an argument. It is the Word made into bullets. An armory of righteous revisionism. This whole building is devoted to the literal veracity of the first 11 chapters of Genesis: God created the world in six days, and the whole thing is no more than 6,000 years old. Everything came at once, so Tyrannosaurus rex and Noah shared a cabin. That’s an awful lot of explaining to do. This place doesn’t just take on evolution—it squares off with geology, anthropology, paleontology, history, chemistry, astronomy, zoology, biology, and good taste. It directly and boldly contradicts most -onomies and all -ologies, including most theology. 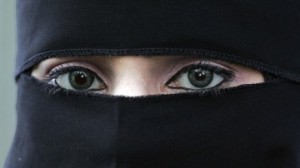 6. Denmark’s Prime Minister says burqas not welcome in Denmark – Something is rotten in the state of Denmark, and according to its Prime Minister, it’s the burqa:

THE face-covering burqa and niqab veils worn by some Muslim women “have no place in Danish society”, Prime Minister Lars Loekke Rasmussen has said. “They symbolise a view of women and humanity that we totally oppose and that we want to combat in Danish society,” he said.

Denmark was “an open, democratic society where we look at the person to whom we are talking, whether it’s in a classroom or on the job”.

“That is why we don’t want to see this garment in Danish society,” he said.

Now why can’t the U.S. have politicians with that kind of balls?

News From Around The Blogosphere 9.24.09

1. Film about Darwin’s life FINALLY gets a U.S. distributor! –  The film Creation, starring real life couple Paul Bettany and Jennifer Connelly as Darwin and his wife has struggled to find a U.S. distributor, but finally the Indie company Newmarket has acquired it. Suck it, creationists!

2. Now Francis Collins does accept Evolution. Of course he also believes in a mystical garden with a talking snake and a magic tree with magic fruit, etc. making him a rather odd bird. But even though I’m not Mr. Collins’ biggest fan, I hate him now more than ever because he got to rock out with Aerosmith’s Joe Perry at the Capitol building today in an “unplugged” performance of Bob Dylan’s, “The Times They Are A Changin’.” You can listen to it here. Damn, I’m jealous!

3. NYC’s own Prof. Massimo Pigliucci rips into Penn & Teller’s global climate change denial and libertarianism – Some of my more libertarian-leaning skeptical friends drew my attention to this one even though I’m a fairly regular reader of  Massimo’s blog. And though I’m a big fan of P&T’s work, particularly on their show Bullshit! and their other involvement in the skeptical community, I have to say I pretty much agree with Massimo here. He balances his review, applauding the better aspects of Penn & Teller’s Bullshit!, while still giving a fair amount of criticism to where P&T go wrong. I certainly think Massimo does a better job here than when I hear him criticize Richard Dawkins, whose position I feel Massimo describes inaccuately.

Well it’s got a great cast, but I suspect that in order to avoid pissing off lots of Christians, the filmmakers will probably stick to a more accomodationist position that you can have Evolution AND God, science and religion can both coexist peacefully. But here’s to hoping they go all the way.