News From Around The Blogosphere 4.2.10

Scientists funded by the Biotechnology and Biological Sciences Research Council (BBSRC) at the University of Birmingham have discovered that a gene called DAF-16 is strongly involved in determining the rate of ageing and average lifespan of the laboratory worm Caenorhabditis elegans (C. elegans) and its close evolutionary cousins. DAF-16 is found in many other animals, including humans. It is possible that this knowledge could open up new avenues for altering ageing, immunity and resistance to stresses in humans.

Of course it will be years before any practical application to humans comes out of this, if ever, but it’s cool none the less.

2. Exorcist discovers Satan behind media’s accurate coverage of Catholic sex scandal – We’ve already gotten one exorcist to claim that Satan was possessing the Church leaders into performing the rapes in the first place. Now another exorcist, Father Gabriele Amorth, has publicly stated that the media’s desire to inform the public of these crimes, particularly at the New York Times, was “prompted by the devil.” I could have told you that. I mean, really, when was the last time the media was sincerely interested in honest journalism?

And speaking of demonic journalists. . .

3. Simon Singh reports once more in The Guardian – After winning his appeal, Singh wants to remind people that the battle for libel reform in the UK is only just beginning.

The Catholic Church disapproves of the annual ritual of devotion but says it cannot stop people in Asia’s largest Roman Catholic country from being voluntarily nailed to a cross or flagellating themselves, only educate them that it isn’t necessary.

Yes, the Catholic Church would much rather they celebrate in a more traditional fashion, by raping young boys and covering it up.

5. Scientists discover gene and part of the brain controlling gullibility, the WTF1 gene – And if you believed that then you have the WTF1 gene. April Fools! 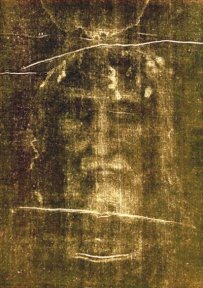 6. Shroud of Turin is back in the news – Despite the fact that the face merely looks like the male model who happened to pose as Jesus in Renaissance paintings and despite its total debunking as a several hundred year old forgery, somehow someone has resurrected (hehe, see what I did there) the debate. And it couldn’t come at a more perfect time as it perfectly coincides with my April Fools piece in the Gotham Skeptic about the discovery of Jesus’ face in a Rorschach Test. Check it out.

News From Around The Blogosphere 2.9.10

1. Two cool celebrities:  Anne Hathaway and Luke Perry – Luke Perry is cool because while promoting his role as a psychic con artist, he made some strong skeptical comments to the NY Post about psychics while bringing up cold reading.

Anne Hathaway and her brother Michael

And Anne Hathaway is cool because she and her family have left the Catholic Church because of the church’s anti-gay position:

Anne grew up wanting to become a nun but shunned Catholicism when she learned her older brother, Michael, was gay.

“The whole family converted to Episcopalianism after my elder brother came out,” she told British GQ. “Why should I support an organization that has a limited view of my beloved brother?”

But Episcopalianism didn’t really take either.

2. Utah to be destroyed by a comet on March 1st? – Well, that’s if you believe this site here, which bases this conclusion off of The Bible Code. Well I don’t know about you, but that’s convincing enough for me.

3. Filipino Freethinkers Film Festival? – I’m surprised and glad to hear there are so many atheists in the Philippines.

Led by Elena Rozhkova, scientists from the U.S. Department of Energy’s (DOE) Argonne National Laboratory and the University of Chicago’s Brain Tumor Center have developed the first nanoparticles that seek out and destroy glioblastoma multiforme (GBM) brain cancer cells without damaging nearby healthy cells.

Nanomedicine, an offshoot of nanotechnology, refers to highly specific medical intervention at the molecular scale for curing disease or repairing damaged tissues, such as bone, muscle, nerve, or brain cells. Nanoparticles – anywhere from 100 to 2500 nanometers in size – are at the same scale as the biological molecules and structures inside living cells. Cancer detection using nanoparticles shows great promise as a therapy for certain types of cancer. And the U.S. National Institute of Health (NIH) is taking nanoparticles very seriously. The NIH has established a national network of eight Nanomedicine Development Centers, which serve as the intellectual and technological core of the NIH Nanomedicine Roadmap Initiative.

3. South Carolina rules religious license plates unconstitutional – The smoking gun of the case seems to this:

When State Sen. Yance McGill was asked by the Associated Press in May 2009 whether he would support a Wiccan tag, he said, “Well, that’s not what I consider to be a religion.”

When asked about a Buddhist tag, he said “I’d have to look at the individual situation. But I’m telling you, I firmly believe in this [Christian] tag.”

Rep. Bill Sandifer also backed the “Christian” plate, but emphatically asserted that he would never do the same for a plate featuring Islamic symbols and language.

“Absolutely and positively no,” he said.

And, let’s not forget, [ed: Lt. Gov] Bauer himself also said no to the same question.

“I would not [support a tag for Islam] because that is not the group I support,” he said.

4. Rhode Island governor vetoed domestic partners burial bill – This bill would have allowed a same-sex partner to make funeral arrangements for a dead partner. Governor Carcieri, have you no decency, sir? Have you no decency?

6. Cincinnati Coalition of Reason billboard taken down due to death threats –  And while extremely unfortunate, it both illustrates why these completely unoffensive ads are so important in the first place and on the plus side, the billboard was just moved to a new location. And this will no doubt generate more publicity than the billboard itself.

7. Alabama Atheists and Agnostics get publicity – Last month, they went around chalking their university to advertise their upcoming meeting. Then it got erased and so they chalked everything again, only to have that erased to. And now the story has gotten them some great new publicity, which like the Cincinnati billboard incident, will likely reach a much larger audience than originally intended. Thanks assholes!

“I’ve always tried to analyze things because I want to be lawyer,” Will said. “I really don’t feel that there’s currently liberty and justice for all.”

At the end of our interview, I ask young Will a question that might be a civics test nightmare for your average 10-year-old. Will’s answer, though, is good enough — simple enough, true enough — to give me a little rush of goose pimples. What does being an American mean?

“Freedom of speech,” Will says, without even stopping to think. “The freedom to disagree. That’s what I think pretty much being an American represents.”

Scientists suspect that part of the answer to the mystery lies in a gene called FOXP2. When mutated, FOXP2 can disrupt speech and language in humans. Now, a UCLA/Emory study reveals major differences between how the human and chimp versions of FOXP2 work, perhaps explaining why language is unique to humans.

Published Nov. 11 in the online edition of the journal Nature, the findings provide insight into the evolution of the human brain and may point to possible drug targets for human disorders characterized by speech disruption, such as autism and schizophrenia.

The largest known carnivorous pitcher plant has been discovered in the Philippines. It’s able to devour whole rats and dissolve them with acid-like enzymes:

Mr McPherson, of Poole Dorset, said: “The plant produces spectacular traps which catch not only insects, but also rodents. It is remarkable that it remained undiscovered until the 21st century.”