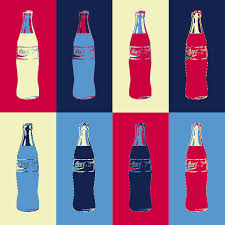 I’ll admit, when news of the bill first emerged, my initial knee-jerk reaction seemed to be the same as everyone else, that the proposed law was ridiculous. But then my opinion gradually shifted to the point that I’m now more in favor of it than not. Paradoxically, it probably didn’t help that Big Soda’s political ads running at movie theaters couldn’t have been more ridiculous and misleading if they were hosted by Troy McClure. And since the smallest beverage size offered at most movie theaters these days is 32 ounces, it’s hard to see any conflict of interest among theater owners’ opposition to the bill. Unfortunately, I don’t think it took corporate geniuses to spin this as a attack on consumer freedoms after the press was quick to inaccurately label the proposal a “soda ban.” The very first conclusion we all jumped to was the wild notion that Big Government was taking away our soda. And that’s certainly the angle of today’s nauseating headline in the joke that is the NY Daily News:  “Bloomberg’s soda ban fizzles, New Yorkers win.”

But that’s not what’s going on here at all. On the contrary, it’s not the consumers who are the targets of this bill but the corporations. They’re the ones being infringed upon. Now normally, it’s the liberals in modern society who crusade against corporate power, sometimes even to the point where that clouds their judgment. For instance, two popular pseudo-scientific positions, anti-vaccinationism and anti-GMOs, are held disproportionately by liberals railing against the corporations at the center of these issues. But here we have a case where corporations like McDonalds (sorry they’re always the stand-in representative for all fast food), have successfully diverted attention away from their role in America’s public health problems and managed to make the Left-Wing sound like the gun-obsessed Right that’s also been heavily in the news lately. Just like the gun-totting Republican stereotype proclaiming that they won’t let Big Government take away their guns when nobody is really coming for their guns, now I see my liberal peers proclaiming nobody’s taking away their freedom to drink sugary drinks when nobody is coming for their sugary drinks. That’s not what the bill is trying to do at all.

Now let me be clear here. The appropriateness of any given public health initiative is always debatable no matter how scientifically sound its premise. And sensible people can reasonably disagree on such public policy decisions without being driven by ideology or corporate money. Now I used to flirt with libertarianism myself in college but it didn’t take. I’ve since become a strong opponent to libertarian ideology while still maintaining that there are some cases where the more libertarian approach may be called for. But when it comes to public health policies firmly rooted in real science, I tend more socialist. For instance, I support strong vaccine policies and water fluoridation programs. So if a reasonable amount of scientific evidence backed the notion that reducing sugary drinks has a statistically significant positive health effect, I’d have no problem at least entertaining the idea of government playing a role in reducing that health threat, provided I felt the measures didn’t go too far.

Today, there was a great piece over at Think Progress that touches on the relevant science and facts surrounding this issue:

Restaurants’ portion sizes are more than four times larger now than they were in the 1950s — and that culture of excess is making its wayinto Americans’ homes, too, where meals are also getting bigger. Soft drinks sizes specifically have seen one of the largest increases, ballooning by over 50 percent since the mid-1970s. And research suggests that larger portion sizes do lead people to consume more than they would have otherwise, since we tend to estimate calories with our eyes rather than our stomachs.

The average American child consumes about 270 calories from soft drinks each day, which adds up to U.S. children drinking about 7 trillion calories from soda each year. That’s a huge problem in the larger context of childhood obesity rates, which have tripled since 1980. But there’s evidence that innovative public health measures can pay off. After all, states with aggressive nutrition policies, which include limits on sugary drinks and fried foods in public schools cafeterias, have experienced decreases in their childhood obesity rates.

The impact of sugary drinks on the ongoing obesity epidemic, and how best to encourage Americans to make healthier choices, is one that health advocates continue to grapple with, and there’s general consensus that proposals like Bloomberg’s are worth a shot.

Now I remember years ago when NYC implemented a policy to reduce smoking by banning people from smoking indoors in public spaces. Back then, even though I’d never smoking a cigarette in my life and had no love for the tobacco industry, I passionately opposed that policy decision. In the years since, however, the statistically significant drop in lung cancer deaths in New York City made that position more and more untenable. The reward proved to far outweigh the infringement on civil liberty, in my opinion. If I’m honest, perhaps my feeling I’d been wrong about that decision has influenced my position on the sugary drink restriction bill by making me reconsider my initial negative gut reaction to the idea.

Regardless of one’s opinion on the ethics of the matter, Bloomberg’s proposal seems at least born out of a drive to improve public health. And for any public official to put the people first is admirable…and rare these days. The message the mayor wants to send people is that too much soda is not good for you. He does this by slightly inconveniencing consumers who wish to drink more. I suspect that if this bill does come to pass, it’ll have an overall statistical effect on people’s waistline. But we’d have to see when we get the hard data. I concede that it’s entirely possible it will fail miserably. But I think it’s a worthwhile experiment.

It’s also worth noting that this is hardly breaking the mold; we regulate lots of substances and the legal system attempts to determine in each case what a fair penalty is. The only difference here is that sugary drinks are generally viewed by our society as benign despite the science showing the contrary, and so people quickly jump to a knee-jerk argument from personal incredulity. Again, the proposed law does not target the consumer, but the corporations.

Now paradoxically, the very reason the judge today ruled against the law is largely the reason I like this particular proposal in the first place. His complaint was that it left open too many loopholes, and thus was unenforceable. After all, hasn’t everyone already patted themselves on the back for being genius enough to conspire to buy two cups? But that’s the whole point! Yes, you can buy two 16-ounce drinks to buck the system, you sly devil you. Hell, you could buy 20 cups of soda if that’s your personal idea of freedom, or whatever. The press has done a horrible disservice to the public by labeling this a “ban.” It’s nothing of the kind. You can buy all the diabetes juice you please. That’s the beauty of the bill and exactly why comparisons to alcohol prohibition completely fail.

Any individual CAN get around the bill easily if they were so inclined. The beauty of the bill is that it’s built on decades of psychology research that predict that given the choice, the vast majority people simply WON’T ultimately choose to buy more than one cup and WON’T bother to make another stop somewhere else, because most people will likely choose the path of least resistance. And it gets even better than that. Not only will people on average likely choose to not make an extra effort and just accept whatever size is offered, but its using the corporation’s own stigmatization strategy against them. Decades ago, McDonalds realized that many customers would finish their small fries, and despite still looking hungry, would not go up to buy another order of fries. They eventually discovered that people didn’t go up to order more fries because it was embarrassing to be seen ordering even more food. That’s why they introduced larger sizes; it’s more discreet. The Bloomberg plan does the same thing in reverse. Sure, everyone says they’ll just order multiple cups –and most importantly of course, the law doesn’t stop anyone from doing so– but who really wants to be the guy sitting at McDonalds seen with two cups in front of them? I suspect the ordering multiple drinks strategy will be more common among those taking their food to go. But then again, if you’re taking it out, why even bother buying insanely overpriced soda at the fast food restaurant?

So what’s my final takeaway here? Big Government isn’t taking your soda any more than its taking your guns. Bloomberg’s proposal infringes on corporations, not consumers, who would be just as free to consume sugary drinks as they’ve always been in whatever quantity they please. If psychology research proves accurate, merely adding a slight inconvenience to consumers who choose to drink above 16 ounces will drive many to just accept the smaller sizes given, and in turn, consume fewer calories from soft drinks and less sugar, which would have a statistically significant effect on public health in the long run. And regardless of whether the science is sound, most people will probably reject this policy and similar policies in the future for ill-conceived, illogical, and ideological grounds before finding an actual good argument to oppose it (and I certainly think there are some good reasons). Oh yeah, and patrons can always order larger sizes of diet beverages.