News From Around The Blogosphere 11.5.11

1. Anti-vax parents engaging in bioterrorism – If so-called “pox parties” weren’t enough, some parents have begun literally mailing chicken pox infected items for the purpose of infecting other people’s kids. And even worse, some have started mailing items infected with the far more dangerous measles. This would have made a perfect setup for the virus at the end of the recent Planet of the Apes film or for a zombie apocalypse story.

2. More anti-vaxxer propaganda – Just when I thought it was bad enough that the anti-vax propaganda film “The Greater Good” was coming to NYC’s IFC Center for a week beginning November 18, now I learn Barbara Loe Fisher and her band of cranks at the misnamed “National Vaccine Information Center” has a month-long “PSA” spot playing on Delta Airlines flights that suggests washing hands alone is an adequate substitute for a flu vaccine…cause that’s who you most want to go unvaccinated…people traveling from country to country. Argh! Fortunately, the wonderful Elyse Anders over at Skepchick is on the case and has begun a massive petition campaign to persuade Delta to cease this plot to kill us all. Also, she’s provided a handy-dandy list of contacts at Delta Airlines and its video provider.

Traces of bizarre, bone-eating ‘zombie’ worms have been found on a 3-million-year-old fossil whale bone from Tuscany in Italy. It is the first time the genus Osedax has been found in the Mediterranean, and suggests Osedax were widespread throughout the world’s oceans 6 million years ago.

4. Simon Singh vs. fraudulent psychic Sally Morgan’s lawyers:  part 1 and part 2 – You might remember Singh as the UK science journalist who was sued by the British Chiropractic Association (BCA) for libel over his calling their chiropractic “bogus” and his subsequent victory in the appeals process. I also recently wrote about Sally Morgan’s being caught wearing an earpiece during her performance. Well, Singh’s suggested she prove her powers are real, so now she’s trying to intimidate the man who beat the BCA in court with lawyers. Boy, did she fuck with the wrong journalist. 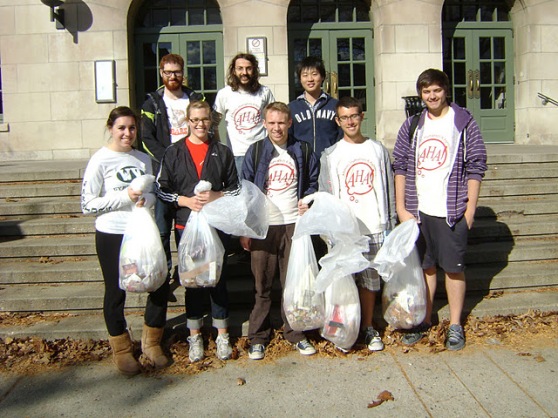 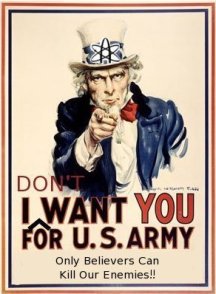 Many years ago, James Randi exposed the disturbing truth about Peter Popoff on The Tonight Show with Johnny Carson, that Popoff was the worst kind of fraud, one who preys on desperate people’s most sacred beliefs while giving them false hope of miracle cures to their often uncurable diseases:

After being exposed, Popoff disappeared for a while, only to return years later peddling the same old sham faith healing.

But now agents from the Center For Inquiry have infiltrated Popoff’s show with recording equipment that captured Popoff shamelessly up to his old disgusting tricks as well as them giving out tracts exposing Popoff’s trickery to audience members on their way out:

News From Around The Blogosphere 5.29.11

1. Murdering teen escapes punishment because she was possessed by evil spirits –

Lorraine Mbulawa, 19, escaped jail after judge Mr Justice Keith accepted the girl had such strong beliefs in witchcraft and evil that she was acting upon what she was told to do by spirits. 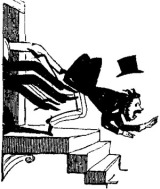 2. Anti-vaxxers forcefully remove peaceful protester from their convention – Ken Reibel and Jamie Bernstein were both ejected from the anti-vaccine “Autism One” conference by 3 security guards and 4 police officers. Their crime: being recognized as dissenters of the movement’s ideology. This speaks volumes about the intellectual integrity of their movement. If anti-vaxxers attended TAM or NECSS, no one would kick them out unless they were actually disrupting the conference.

3. Catholic adoption agency shuts down rather than let gays adopt – Finally, a charity that has its priorities in place. Better a child grow up in an institution than risk that child being infected by evil, gay cooties. Good thinking there, Catholic Charities of Rockford! You guys are a class act all the way!

In case of Rapture, this may be my final blog…

…not because I’d be Raptured, but because with all the religious nuts gone, I will no doubt be filling my time by looting their shit.

Then again, according to Harold Camping, God is striking each time zone at their respective 6pms, and yet so far, no word of anyone being Raptured in New Zealand or Fiji. It’s not looking good for The Rapture.

But now let’s be serious for a moment. We’re all having a lot of fun mocking this insanely idiotic belief, but Camping’s campaign of terror actually has real serious consequences.

There’s always a price for perpetuating superstition, and as far as I’m concerned, the blood of this woman’s kids is also on Camping.

Skepacabra
Create a free website or blog at WordPress.com.