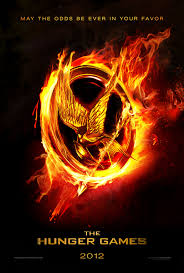 Unless you’ve been living on Krypton lately, you’re probably aware that the latest Superman film, “Man of Steel,” has hit theaters. And over the last few days, it seems like every entertainment reporter has jumped on the “Superman is an allegory for Jesus” band wagon while seemingly convinced they’ve uncovered some brand new interpretation to the world’s first superhero (Also see: here and here among others).

Unfortunately, like a poor marksman, they missed their target. They fingered the wrong Jesus! (Writer’s note: that last sentence was not intended to sound as dirty as it did.). Let’s take a closer look at both these fictional characters and see if they really do have as much in common as I keep hearing.

1. Mission – Superman’s mission in “Man of Steel” (here on out referred to as MOS) is to protect the Earth and the human race from total destruction. According to the Bible, Jesus’ mission is to end the world.

According to Genesis 6, god already tried to exterminate humanity once before with a flood. The Bible clearly explains that The Second Coming of Christ will bring about a final solution commonly referred to as the “End of Days” or “Final Judgment,” where both the still living…and obviously the resurrected dead, will face God’s judgment. Even self-proclaimed Christians will be judged (Matthew 7:21-23, 2 Corinthians 5:10). Those righteous will be granted eternal life while the wicked will…also be granted eternal life, only they’ll be tortured during all that eternity (Matthew 5:29-30, 25:31-46, Mark 9:43-48). So really, since everyone’s getting an eternal life regardless of their behavior, the righteous get nothing…except freedom from senseless torture. Cause god so loved the world…yada, yada, yada. According to the apostle Paul:

We are confident, I say, and would prefer to be away from the body and at home with the Lord. So we make it our goal to please him, whether we are at home in the body or away from it. For we must all appear before the judgment seat of Christ, that each one may receive what is due him for the things done while in the body, whether good or bad. (NIV, 2 Corinthians 5:6-10)

So part of Jesus’ mission is to make everyone submit to him…you know, kneel before God. But mostly it’s to end the world. Not exactly the same thing Superman’s after.

2. Response to adversity – Though Superman is willing to kill if absolutely necessary to protect humanity, he really kinda doesn’t wanna. In fact, it’s a pretty big deal with him. Not only does Superman avoid killing whenever possible, there are numerous examples in MOS where Superman restrains himself from so much as throwing a single punch even when individuals flagrantly harass him and those around him. Even when harassers taunt him to fight back while pushing him seemingly almost to his breaking point. Superman doesn’t even throw a punch. And it of course would be so easy for him to do so. He wouldn’t even have to ball his fist. A simple flick of his finger could sever a man’s head from his body. And yet, even at his angriest, Superman chooses not to fight back.

Jesus, not so much. According to the Bible, eating shrimp warrants the death penalty (Leviticus 11:10). Lot’s wife is transformed into salt for committing the crime of turning her head (Genesis 19:6). God floods the Earth simply because humans and angels started sleeping together (Genesis 6:1-6). God says disobedient children should be stoned to death (Deut. 21:18-21). God thinks all ten of The Ten Commandments are punishable by death. Hell, god sends down bears to murder 42 kids whose only crime was making fun of a bald man (2 Kings 2:23-24). One would have a hard time thinking up an offense god wouldn’t think warranted death. And then of course the fun doesn’t end with death. God also thinks that all sinners should then be tortured for eternity. Eat shrimp; eternal torture. Own any possessions at all; eternal torture. Hardly very Superman-like, if you ask me.

3. Sacrifice – In MOS, Superman willingly surrenders to his adversary, Zod, knowing full well it could likely lead to his own death. Superman so loved the world that he was willing to sacrifice his one and only life to protect them. If Superman believed in any kind of afterlife, there’s no indication in the film.  This is it for him. Superman literally puts everything on the line. So that we can live and the Earth will be safe. Jesus on the other hand, does not dramatically come out of hiding to turn himself in to his adversaries. He is arrested, tried, convicted, and executed against his will (well, except for his whole being part of the very god that made it all happen in the first place). Then Jesus sacrifices his mortality in order to return to being master of the universe. Talk about your first world problems. Am I right? Hold your horses, Mel Gibson. I know. I know. it was a really painful weekend. Tell that to all the Filipinos who actually willingly go out of their way to be crucified every Easter without the reward of becoming the most powerful god in all the Biblical pantheon at the end. Some sacrifice! Hey Jesus, next time let me take your place. I’ll happily trade my mortality to become a living god for the price of one shitty weekend. 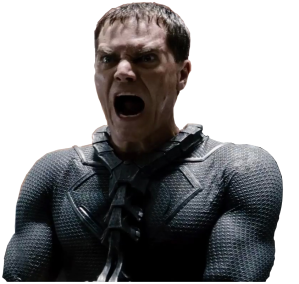