‘ve been so busy lately that I missed last week’s momentous occasion, Skepacabra’s second birthday. It was July 19, 2008 that I began this blog on WordPress with an entry titled, “What I think about your god,” a piece that still holds up to this very day and in which I’m still very proud of.

Skepacabra was my first blog and in some ways it’s still my favorite. Sure, my writings at Examiner.com actually pay money (though not very much) and my writings over at The Gotham Skeptic tend to be more focused and better written, but here I feel the most free and uncensored. Here, I can say pretty much anything I want within reason. I can type FUCK for no reason at all and no editor is going to say they’d rather I didn’t. 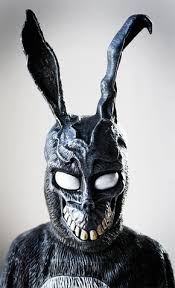 Nine months, 23 days. That is when the world will end. That is if you believe the claims of a batshit insane group of Christians. This is hardly the first alleged doomsday date humanity has survive unscathed…or you know, without any threat to our survival in the first place.

No, this is not from the same site I wrote about last year that inaccurately predicted The Rapture would happen on September 21, September 23,  October 21, Fall 2009, and November 11, December 14, and December 21.

Yup, there’s yet another website calling a date for The Rapture. Unfortunately, they didn’t learn their lesson from that other site and have now also declared The Rapture will happen on a very specific date in the very near future. That date is May 21, 2011. This time I’m screen capturing it in all its glory. 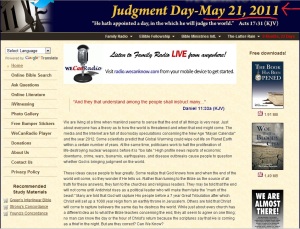 What they died for 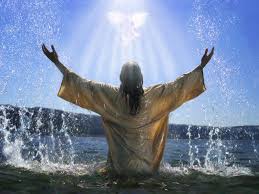 Over the last few days, there have been a number of news stories that have gotten my attention that seem to be connected. Now I’m not going to tell you what the connection is. I’ll let you see if you can figure it out.

2. Oregon faith-healing parents trying to get their kid back while facing criminal charges for first-degree criminal mistreatment after not seeking medical treatment for their 7-month-old daughter who developed a LARGE growth over her left eye. The father was previously married to another woman but she died of breast cancer four years ago after not seeking or receiving any medical treatment for the condition. I guess fool him once, shame on him; fool him twice, even greater shame on him for not learning a god-damned thing!

3. Utah overturns Warren Jeffs convictions and orders a new trial – Allegedly the reason is that the jury instructions were erroneous. Just think, he might get to rape more kids just yet! Praise Joseph Smith!

Superman to the rescue

Action Comics #1 is without a doubt the single most important comic book ever produced. It not only introduced the world to Superman but invented the superhero. It’s arguably the common ancestor of every costumed crime-fighter comic book ever since.

And now Superman, or rather the comic book that introduced Superman, has saved a family from foreclosure. The family accidentally stumbled upon a copy of this seminal piece of American history sitting in their basement.

The fortuitous find occurred when the anonymous family began the painful process of packing up their home due to a bank’s foreclosure proceedings. The house had been in the family’s possession since the 1950s, which is probably when the wife’s father stashed the issue in a box with some other, mere mortal titles.

“They said they came across a box that had magazines in it and some old comic books,” Fishler told Asylum. “And that they came across what appears to be an Action #1.” Fishler points out that “99.9 percent” of similar calls he receives turn out to be about reprints, so at first he was dubious. “They took a cell phone picture of the book and texted it to me, and I realized it was an Action #1,” he says.

Fishler is no stranger to this title, having brokered the record-breaking sale of an Action #1 in February (for $1 million), only to break that record a month later by selling another copy for $1.5 million.

This gave them the collateral they needed to save their home. And once again, the world is safe…thanks to Superman!

News From Around The Blogosphere 7.23.10 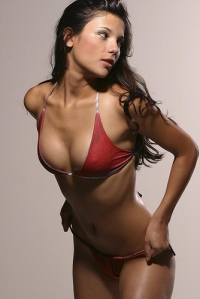 Don't hate me because I'm beautiful.

Just five minutes alone with an attractive female raise the levels of cortisol, the body’s stress hormone, according to a study from the University of Valencia.

The effects are heightened in men who believe that the woman in question is “out of their league”.

Researchers tested 84 male students by asking each one to sit in a room and solve a Sudoku puzzle. Two strangers, one male and one female, were also in the room.

The researchers concluded: “In this study we considered that for most men the presence of an attractive woman may induce the perception that there is an opportunity for courtship.

I don’t know how this became a hot topic in scientific research. Maybe a few too many lonely male scientists are out to prove women are evil or will be the downfall of civilization.

2. How to create lesbian mice – That’s not what I’m personally into but apparently if one were so inclined to turn female mice into lesbians, all it takes is deleting a single gene. Of course the rodent religious right will still continue to insist that it’s just the choice to live a sinful lifestyle and reject the teachings of the mouse messiah. Why else would they call the aforementioned gene “FucM”? Mickey wants you to repent! He died for your sins.

A Cornell University robot named Ranger walked 14.3 miles in about 11 hours, setting an unofficial world record at Cornell’s Barton Hall early on July 6. A human — armed with nothing more than a standard remote control for toys — steered the untethered robot.

The 14.3-mile record beats the former world record set by Boston Dynamics’ BigDog, which had claimed the record at 12.8 miles.

Sure, it can walk on a track but how’d it do in the rocky terrain of Tatoine?

4. Ben Stein tells the unemployed to get a job -Here’s what Stein had to tell America’s unemployed:

The people who have been laid off and cannot find work are generally people with poor work habits and poor personalities. I say “generally” because there are exceptions. But in general, as I survey the ranks of those who are unemployed, I see people who have overbearing and unpleasant personalities and/or who do not know how to do a day’s work. They are people who create either little utility or negative utility on the job.

And this was Nixon’s speech writer! I didn’t think it was possible but Stein seems to understand less about the job market than he does about biology and history.

Last year, Phil Plait left his position as president of the James Randi Education Foundation after one year in office because of a television project he’d been offered but could not yet talk about. Well, now the cat’s out of the bag. Phil Plait is getting a three-part science show on Discovery Channel called “Phil Plait’s Bad Universe,” where he debunks astronomy myths and shows us how the world will end.

There was a trailer for it but the video is no longer working. It’ll probably be back up soon.

But in any event, congratulations Phil!

ComicCon vs. the Westboro Baptist Church

For some reason the Westboro Baptist Church decided to protest outside ComicCon. I suspect it was in hopes they’d see Summer Glau. But what I suspect they didn’t count on was the geeks fighting back:

There’s another video of what went down here.

News From Around The Blogosphere 7.20.10

1. A vaccine patch to replace needles? –

The patch has hundreds of microscopic needles which dissolve into the skin.

Tests in mice show the technology may even produce a better immune response than a conventional jab.

Awesome! Of course this isn’t likely to make vaccine deniers any less anti-vaccine. But

2. Lesbian teen Constance McMillen wins $35,000 settlement – Congratulations to Constance, who is the teen who was discriminated against by her high school officials who kept her from attending her own prom. Now she’s won a legal victory against the school, a great topic for a college essay, about 1-year’s tuition towards college, and the respect of a nation.

3. Chinese UFO sighting turns out to not be aliens – I know. Shocking. First of all, it was a rocket. Second of all, the footage wasn’t shot in China but in Borat‘s native country (presumably during the running of the Jew festivities). And third, there’s a lot of Photoshopped images being passed off as this Chinese UFO. So every part of this story turns out to be completely wrong. Brilliant.

How is it possible people are stupid enough to not see through Glenn Beck’s transparent bullshit?